TV5MONDEplus – the global French language streaming service, available in 194 countries, on major devices and platforms, with content subtitled in 5 languages.

Launching a video-on-demand service is challenging under any circumstances, especially with the explosion of competitive streaming offerings all vying for the same consumer eyeballs. Add a global pandemic, an accelerated timeframe, combined with a specific list of requirements, and “challenging” takes on a new meaning.

Red Bee Media faced these challenges head on to support the recent launch of TV5MONDEplus, a new global video-on-demand platform offering French language content to audiences all over the world through web, mobile devices and Smart TVs.

Extending the reach of French language programming to audiences across the globe is a central mission of TV5MONDE. The global TV network, which is supported by the governments of France, Canada, Switzerland, Wallonia-Brussels and Quebec, conceived a new streaming service to globally deliver high-quality and free French speaking content, including French language series, films, documentaries and children’s content in full HD quality to 194 countries (193 at the time of the launch in 2020).

TV5MONDEplus, which went live in September 2020, promotes the programs of its partner channels, TV5MONDE’s own productions, as well as co-productions and programs acquired globally. 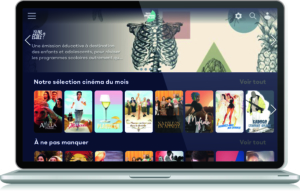 TV5MONDE stipulated several criteria in its launch plan: speed to market, a single-phase deployment, the widest availability possibility on multiple devices, asset rights management, security and, of course, high-quality video. Delivering all these features required an experienced managed services provider with an extensive and scalable OTT offering. For the front-end development, Red Bee brought on one of its partners Dotscreen.

"Working with Red Bee and Dotscreen was essential for successfully launching TV5MONDEplus. With Red Bee Media’s OTT-platform, we got access to first-class streaming and broadcasting expertise, as well as crucial features such as advanced advertising tech and geo-blocking functionality. This, in combination with Dotscreen’s design expertise, allows us to offer a high-end user-experience comparable to the biggest streaming services available.”

Red Bee Media’s relationship with TV5MONDE dates back several years to the initial integration of the broadcaster’s facility, to its current support providing staff to operate and engineer its playout, production and post facilities. Red Bee Media has also completed several projects for the broadcaster.

"We have a strong long-term relationship with TV5MONDE but that was no guarantee they would select us for their streaming service.”

Once they were awarded the contract, Red Bee’s previous experience working with TV5MONDE proved invaluable in launching the new platform, especially with the tight deadline and specific requirements.

The delivery date for launching the service was immovable – global pandemic or not. Despite a six-week period from March 2020 when virtually all of Europe was in lockdown, Red Bee’s team kept the project on track. The company already had a globally dispersed team in place throughout France, the United Kingdom, Sweden, and Romania – well before the pandemic hit.

"The most severe period of lockdown happened during the project’s specification phase when we were nailing down issues around the front-end UX and the app’s look and feel. Those conversations are of course much easier when everyone’s in the same room. But our key team members are used to collaborating on projects remotely so on all sides we pulled together and just got on with it.”

TV5MONDE set a strict deadline for the platform’s launch. “They required a fast path to market and didn’t want to spend 18 months or more to get the service up and running from scratch,” said Nguyen.

The customer required the new platform to be available in every region from day one, on multiple devices including the web and set top boxes, with a strong focus on territories where mobile is the primary streaming video method.

TV5MONDE also emphasized visibility into the digital rights management (DRM) of assets published by region or by country, as well as adherence to the highest standards of content security and protection. All TV5MONDEplus assets are protected according to content owners’ rights. Red Bee Media’s solution defines both an MPEG-DASH and HLS source with Google Widevine, Microsoft Playready and Apple Fairplay DRM technologies. 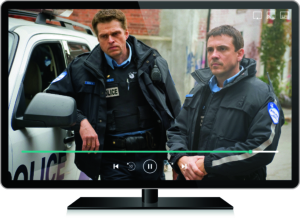 TV5MONDEplus is a free-to-view advertiser-funded model requiring integration of an ad serving solution. Initially, it wasn’t decided if this was to be managed on the server or client side. A client-side solution was chosen with partner France Télévisions Publicité as inventory provider, using FreeWheel (a Comcast company) for video ads and Google for banner and in-app ads.

The back-end integration into Red Bee’s platform was straightforward. The service allows users to pause programming on one platform and continue seamlessly on another device. This required Red Bee to build in authentication and cross-device synchronization of content to the user’s account. Localization is enabled with subtitles of French language content available in French, Spanish, English, German and Arabic. The user interface is also localized in five languages.

On the distribution side, the service taps into the network of TV5MONDE’s existing partner, Akamai. Since Red Bee Media’s platform is CDN agnostic, the integration of the service with Akamai’s CDN presented no problems.

An absolutely vital ingredient for TV5MONDE was video quality, which had to remain consistent with all broadcast standards even as bandwidth and devices vary from country to country.  Red Bee used per title encoding to analyze the complexity of individual assets for TV5MONDE and to optimize the bitrate ladder and produce the best quality-to-bitrate ratio.

"Video quality is extremely important to the client. When we ingest content, we use Adaptive Bitrate streaming (ABR) to provide multiple bitrates for the video player to adapt based on the best available bandwidth.””

A Foundation for the Future

"By delivering a competitive global streaming service, in a very short period of time and under less-than-ideal circumstances, we clearly demonstrated the strength of our OTT platform and our team.” 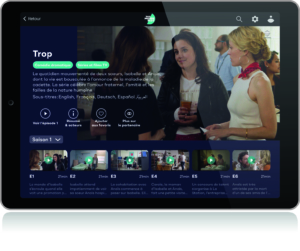 "Press and user feedback since launch has been very positive. Our Francophone and Francophile audiences appreciate this rich and free offer, in French and subtitled in five languages. The catalog of more than 5,000 hours of cinema, series, documentaries, magazines and youth programs has enabled internet and mobile users from all over the world to discover the diversity of French-speaking creation in Quebec, Canada, Switzerland, Belgium, French and Africa.”

Working with Red Bee, TV5MONDEplus can easily expand its service, launching new features to improve the web and mobile user experiences. Since its launch in September 2020, the service has been made available to viewers in the United States and audiences all over the world can now use their Smart TVs (Samsung, LG and Android TV) to watch TV5MONDEplus.

"We are looking forward to continuing this cooperation, developing TVMONDEplus for the benefit of global audiences.”

TV5MONDEplus is available on www.tv5mondeplus.com, on free apps available through the Apple Appstore and Google Play as well as LG, Samsung and Android TV Smart TV’s. 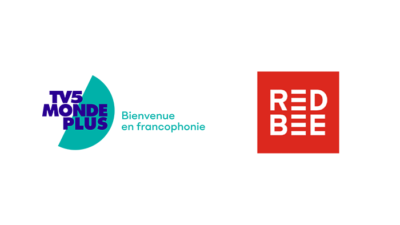 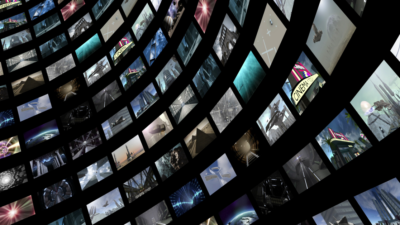